In this guide I assume you know the basics of Linux, VPNs, Networking, RouterOS, Certificates,... because explaining those things would go beyond the scope of this rather short guide.

I know, it's a lot to ask for. But you can easily find many tutorials and explanations of those things. Most of them explaining it better than I ever could.

The goal is to make a Site-to-Site VPN between a Mikrotik router and a Debian Machine without SNAT so all machines on the two sites can see the originating, un-nated IPs.

So if PC1 makes a request to SRV2, SRV2 will see 10.2.0.51 as source and send the response back to it. For this to work everyone in the line needs to have the correct routes set.

It doesn't matter if it's between a Mikrotik and a Debian machine or two Debian machines or whatever. Just make sure the server is not a Mikrotik device since their implementation of OpenVPN doesn't support CCD. 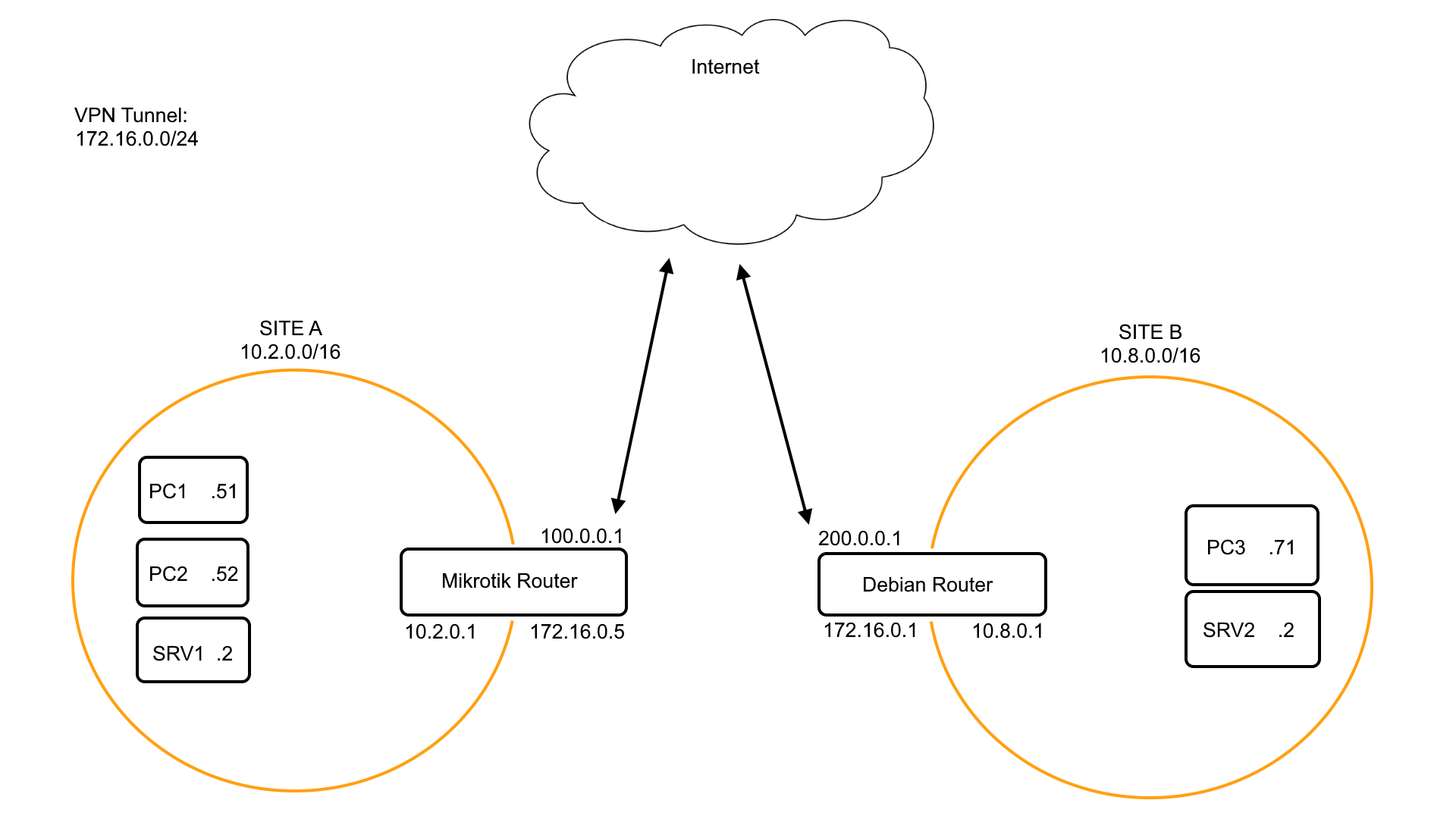 As you can see both our machines are directly on the internet with no router or firewall between them. This makes things a little easier for us.

I will not explain firewall rules or portforwardings or whatever in this guide since if everything is allowed to go anywhere it should work. We are not MASQUERADING anything here so we don't need a single iptables command.

Setup your firewalls yourself.

Our Debian machine is going to be the OpenVPN server. Make sure openvpn is installed and ip_forward is enabled.

So, in order for the packets from Site-A to be handled by the OpenVPN server we need to somehow tell him those packets are OK and, more important, where to send the responses to. This is where CCD comes into play. It basically Custom Configurations for clients but on the server.

In this file we need to add the Site-A subnet so the OpenVPN server knows this specific client is routing 10.2.0.0/16. Like so:

Starting the server from the shell (useful for troubleshooting)

Let's say the client is a MikroTik Router and forget their OpenVPN implementation is a little weird for a moment. 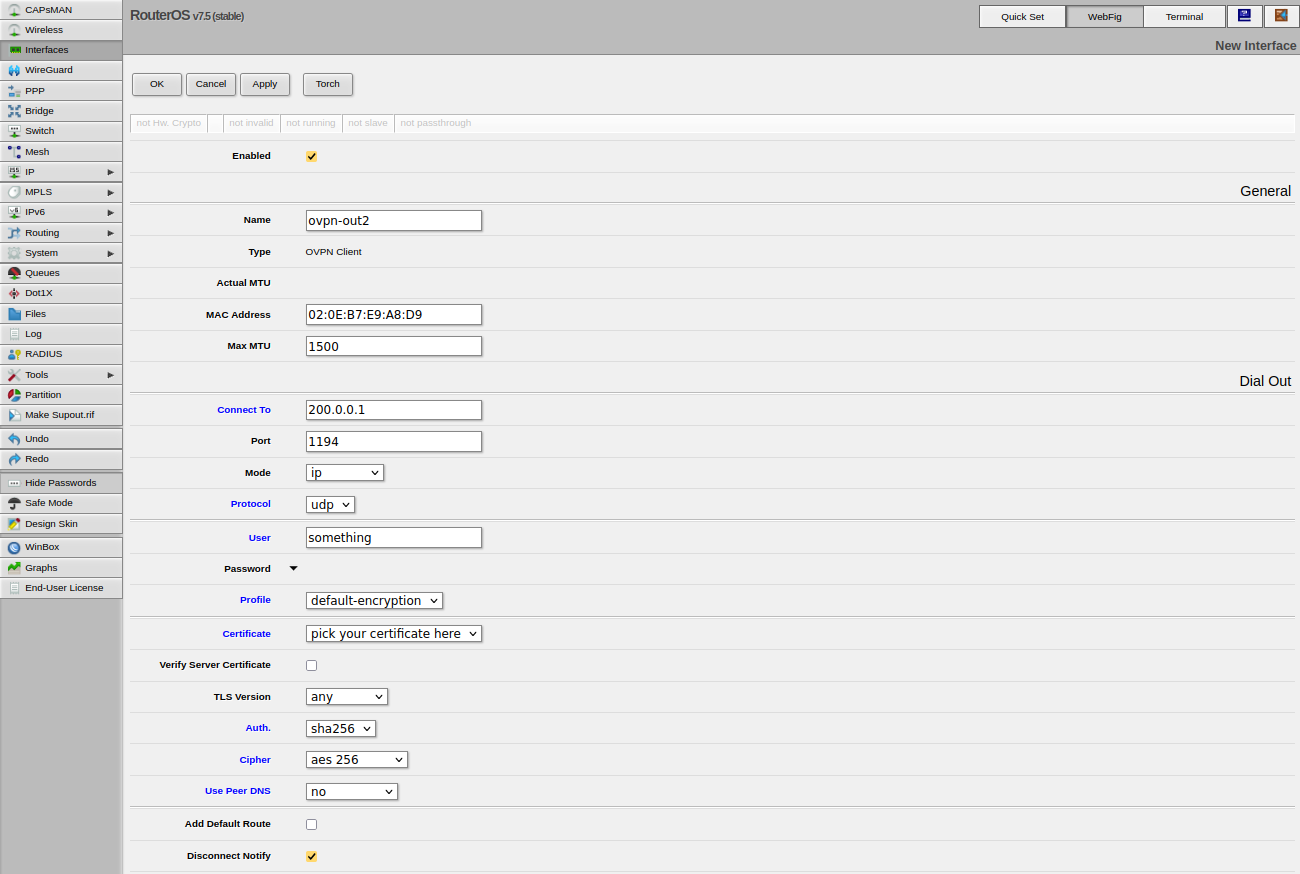 If you are not using username/password authentication on the ovpn-server you can just put in a random user-name because the field may not be empty.

And now, if everything was set up correctly you should see your MikroTik connecting successfully to your server.